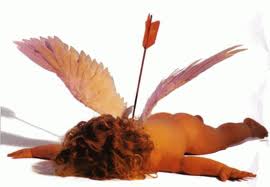 It had been a year since my divorce and I was ready to date again.  But how does a busy career woman meet eligible bachelors?  Most of my coworkers were married.  And bars didn’t work for me. So, at the recommendation of a friend, I decided to outsource the matter.

I was making good money at the time as an oral surgeon, so why not pay someone else to find a mate for me?  Hence, I threw myself into the very thing I had escaped during my upbringing, matchmaking.  Iranians pride themselves on their matchmaking skills and I always hated being part of it.  From early on, I promised neither to be matched, nor to match.  But hey, these were professionals.  They had ads in magazines, even a website where they claimed to be “The World’s #1 Matching Service.”  And who doesn’t want the best? Based on the statistics posted on their site, the number of single adults was 110 million.  Assuming half of those were men, the odds of meeting one were highly favorable.

I called the number.  A silvery feminine voice answered.  She explained the service.  “Here at It’s Just Lunch, we personalize the men to your specifications. Our basic membership costs an arm and a leg for eight dates.  You can always renew the service if you like us. Let’s get started. Shall we?” The phrase “renew the service” should have raised red flags, but I was too excited by then.  “Tall or short? What level of education? What about music? Classical music? What about musicals?”  When she began differentiating between performing arts categories, my hopes rose.  With such level of detail, they must have been overflowing with candidates.  For the record, fitness, education level, and height mattered the most to me.

“Now, you relax and let me get to work.  In a few days, you will receive a call about your first date.  We’ll set up the time and place.”  “Fabulous,” I said, all house-wives-of-orange-countiesque, then went back to working and waiting for my knight in shining armor.

One fine day, the phone rang.  Was I available for lunch on a Wednesday with the first candidate, a Harvard professor of computer science?  “Why yes, of course.”  IJL emailed me the restaurant.  In a city of glorious restaurants, cupid’s soldiers chose a chain restaurant.

Dressed in a soft feminine outfit, I walked into the restaurant and whispered, “I’m with It’s Just Lunch,” to the host.  He pointed towards a tall fidgety man.  At least they matched the education and height.  We ordered food and started talking.  The appetizer arrived with the announcement: “gluten free as you requested.”  Because of my background, I figured he must have Celiac disease. Health issues are not great openers, though.  No need to talk about them.

He looked at me and said: “I have Celiac disease.”

“And boy, gluten is just trouble,” my Adonis broadcasted from beneath his magnificent toupee. “You know what I’m sayin’? I mean thee worst diarrhea.”

What happened to all the Harvard education?  Of the multitude of topics available you chose loose bowel movement as the first?

The matchmakers instructed us not to talk about politics.

“Iran, ha?  Tell me what’s going on there anyway?  Why are they all terrorists?”

Before the next topic of conversation, without warning, he leapt from his chair so fast I thought maybe he had mistakenly ingested some of my gluten.  No.  He was running towards another couple. Later, he explained the reason for his jump was they knew his not-yet ex-wife.

“I beg your pardon?”

“Well, we are separated, but haven’t really moved on to the next stage yet.”

What the fuck? Did we not cover this most important issue with the yenta?  Candidate should be looking for a long-term relationship, which means divorced, healed from the pain, post-rebound, and ready to move on.

IJL website’s top conversation killers listed past relationships at a whopping 49 percent kill rate.  No information on bowel movement or calling you a terrorist.  I’d say a good 95 percent.

Harvard date was dead on arrival.

Months passed without any contact until I called to see what happened. The contract was coming to an end and we were nowhere near eight dates.  “I’ll take my money back, thank you. I can do better on my own.”  “Wait a minute,” said the manager, “even if you have already met a man, you can’t be sure if it would last.” Now that’s a way to win your customers. “We still have two months left of the contract.”  Translation: no refund.

Two more dates materialized, both vertically challenged.  Height is not a big deal when feelings are involved; however, in matchmaking situations you get picky.  Besides, why did I answer a million questions if the man-finders were going to ignore them?

As for the dates, one arrived late, ordered a table full of food for himself, then split the bill for all his food plus my one appetizer. The other incessantly bragged about his brilliance plus how he had been with IJL for eight years and was still looking.

Eight years.  The business either attracted indecisive candidates or was unable to make matches. Both explain their poor performance.

I’m all about trying new experiences, but IJL was a mistake.  For those of you curious ones, let this one go.  It’s not worth your time or money.

Spend your money on a trip instead. Learn a new skill. Join a gym.  You’ll have a much better time and a higher probability of meeting someone who shares your interests.