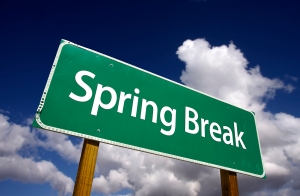 On the way back from Disneyland, the adults were suffering from kid overdose. The kids just wanted to get home. We had a five-hour drive ahead of us. Dad gave them his computer so they could watch a movie. Shortly,

“Well, I don’t want what you chose either,” answered H1. Naturally. “Why don’t you sleep? You said you had a headache anyway. Rest in pain.” That’s what she wishes on her enemies.  Instead of Rest in Peace she wants them to Rest in Pain.

Yikes. I pretended not to hear her and later wondered how my silence may have affected the little one.
They could not agree on a movie. Each had one favorite and one absolutely not and the absolutely not was the other’s favorite.

Dad: “If you don’t stop this, I will take the computer away.”

Softy. David Sedaris’ parents used to literally kick the kids out of the car.

H2 (the dramatic one who can cry on command) started bawling.

Dad: “This is a privilege. Keep crying and there will be no movie for you.”

Child (now softly crying): “It takes time, sniffle, sniffle, You can’t just tell someone who’s crying to calm down and expect them to calm down immediately, sniffle. Give me a minute.” Sniffle.

We burst into laughter.

See, here’s a child who’s self aware and can manage expectations. It takes longer than a five count for me to be calm, so up your number dad or you’ll be disappointed.

It makes me wonder if I, as a child, had the presence of mind to explain my point of view to my father when he had made a threat. I doubt it. I was too scared to speak up. Maybe if I had, I wouldn’t need to be in constant state rebellion years later.

For those of you wondering what they ended up watching? Their two absolutely nots.